Women have always taken part in migrations, but their presence varied depending on their origins, on the labour market situation both in the areas of origin and in the target areas, as well as the migration policies in the immigration areas. Their presence was not always visible and did not attract as much scholarly and political attention as today. What happened, how can one explain such an interest lately, whereas only few years ago the subject was marginal, in the shadow of the "mainstream – malestream", i.e. migration as a phenomenon which focuses on geographic mobility of men, while women are not considered as equal protagonists, they either follow or remain at home. Could the so called "feminization" of migration explain the great and sudden interest for women and gender in migrations? This text critically examines the notion of "feminization" considered today as one of the main dimensions of global migration flows. Drawing on trends both globally and in specific countries, it shows that "feminization" is neither a new nor a sudden trend and entails variations depending on the origins, level of development and maturity of migration flows. In some groups men were primo-migrants and with a gradual feminization the flows reach a balanced sex ratio. There where women migrated first, or became numerically predominant, one observs the opposite trend: a "masculinization". Some authors rightly refer to "gender transition", the term which covers both trends. It is argued in the conclusion that the visibility and growing interest for women in migration and, more recently, for a gender perspective in migration, is not only due to the changing migration patterns and profile of migrants but also to the renewal of theoretical perspectives in migration and gender studies in a context that largely facilitated that renewal. The focus of our attention today on specific aspects of migration is triggered not only by genuine changes in migration trends, but it is also a result of a long process of visibilisation in the academic production on migration, women and gender. These trends may have existed earlier in the migration history but had remained in the shadow of categories defining, recording and analyzing migration. 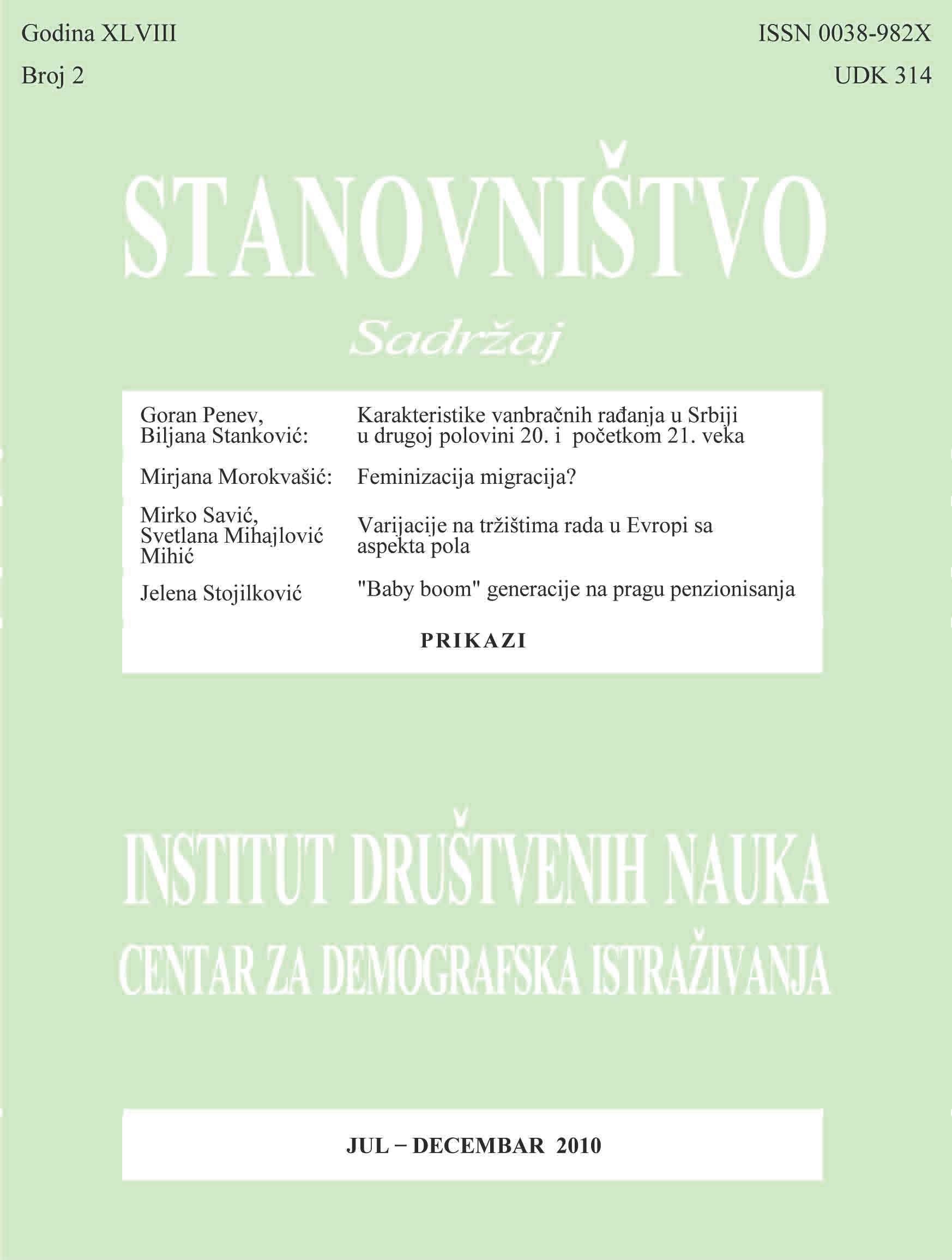