Subject of Research on Effects of Tourism on Population Development

The importance of tourism in the context of economic and demographic recovery of certain regions has created an image of tourism as a development catalyst. Thus strategies of revitalization in depopulated and passive regions often consider tourism as an activity that can speed up the development and successfully valorize existing natural, cultural and demographic potentials. This "key" is used mainly in the absence of other development resources, since tourism valorizes issues that other industries ignore (landscape features, ethnical heritage, authentic folk architecture, etc.). In addition, it is more difficult to recommend the right forms of tourism to be developed in depopulated regions, as well as to estimate the resulting economic and demographic effects. To this end, there are success stories, but there is also evidence of non-rational initiatives and projects that were never completed.

This paper attempts to discover the most logical links between population development and tourism development, based on some important characteristics of population development. The characteristics used are: overall population increase, population migrations, population structures, and changes in households. They were selected because they best reflect not only direct, but also indirect multiplicative effects of tourism. Along with the theoretical and methodological background, the research is also supported by selected examples, interviews, and demographic analyzes.

The effects are not universal. They depend on the region, the kind of tourism and the degree of its development, the demographic situation as it is, and the research approach, since global and local effects need not necessarily be unidirectional. Population increase initiated by tourism development is achieved due to the migration component, but the effects are most obvious at the level of tourist regions and their tourist centers. One can also note counter processes in some places that have tourist function. The level of tourism development and social attitudes to tourism development determine the sense of perspective that makes people to move. The most direct effects are reflected in the restructuring of active population w.r.t. the existing industries and the domination of tertiary activities. The activity of women is increased, as well as their responsibilities in households. The most diverse effects of tourism factors are sublimed in households.

Such effects are not possible with small-scale tourism that is the most appropriate one in depopulated regions. The effects are best reflected in strengthening of economic and social functions of households and in the increase of local industries and crafts, which can lead to population decrease. 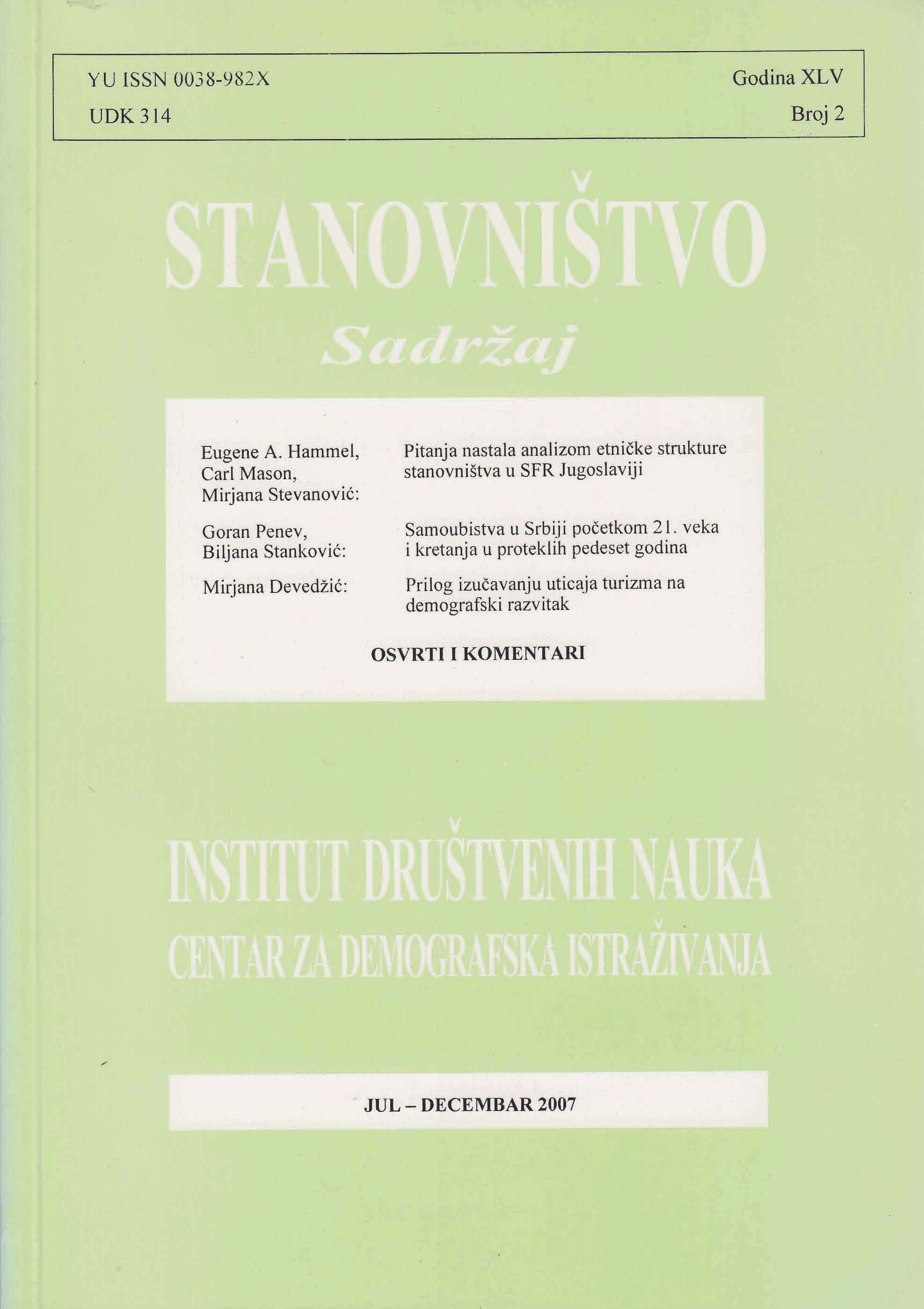