The quality and exactness of population projections is an important issue not only for their numerous users but for all authors of these demographic calculations who try to increase their utility value.  The question of the exactness of population projections of smaller territorial entities are especially sensitive and for smaller time periods as well, because such projections are usually used as input parameters for various forms of social planning. The results of the analysis which refers to the best documented set of projections so far of this type and which includes the whole territory of Serbia have been presented in this work. The projections are on the level of municipalities made for a thirty year period, 1970-2000, as a scientific basis of the social plan of SR Serbia. Two different variants had been prepared. One understood the linear continuation of noted tendencies from the projected period, and the other is the result of the hypothesis of the so-called cohort-component method which assumed gradual equaling of fertility namely mortality level among the municipalities within each macro-entity of Serbia, with migrations abstracted.

By applying several indicators, based on relative discrepancy of projected total district population from the registered values by census, the projected mistake intensity and direction has been determined. The explication of the origin and formation of measured values had been carried out by analyzing the discrepancies of projected trends of main demographic components in relation to realized demographic development. Within the analysis, the correlation dependency level was tested between the amount of mistakes and factors which were recognized as possible sources of discrepancy. The analysis results confirmed the importance of migration components in projecting populations of smaller territorial units within the country. Although prediction of future migrational balance is connected with the greatest sources of uncertainty in comparison with the other two components of population development, especially on a long-term basis, its abstraction from the projected calculations considerably influences more the exactness of projected results regarding the district level rather than macro-entirety level. The reason lays in the generally more intensive inner-state migrational trends rather than in outer migrations, as well as in the proportionally larger migration effect on small population units in comparison with macro-entireties. One of the basic results of this analysis indicates that the greatest discrepancies of projected results, in relation to realized values, are connected precisely to districts where demographic development of migrational components had their greatest influence. 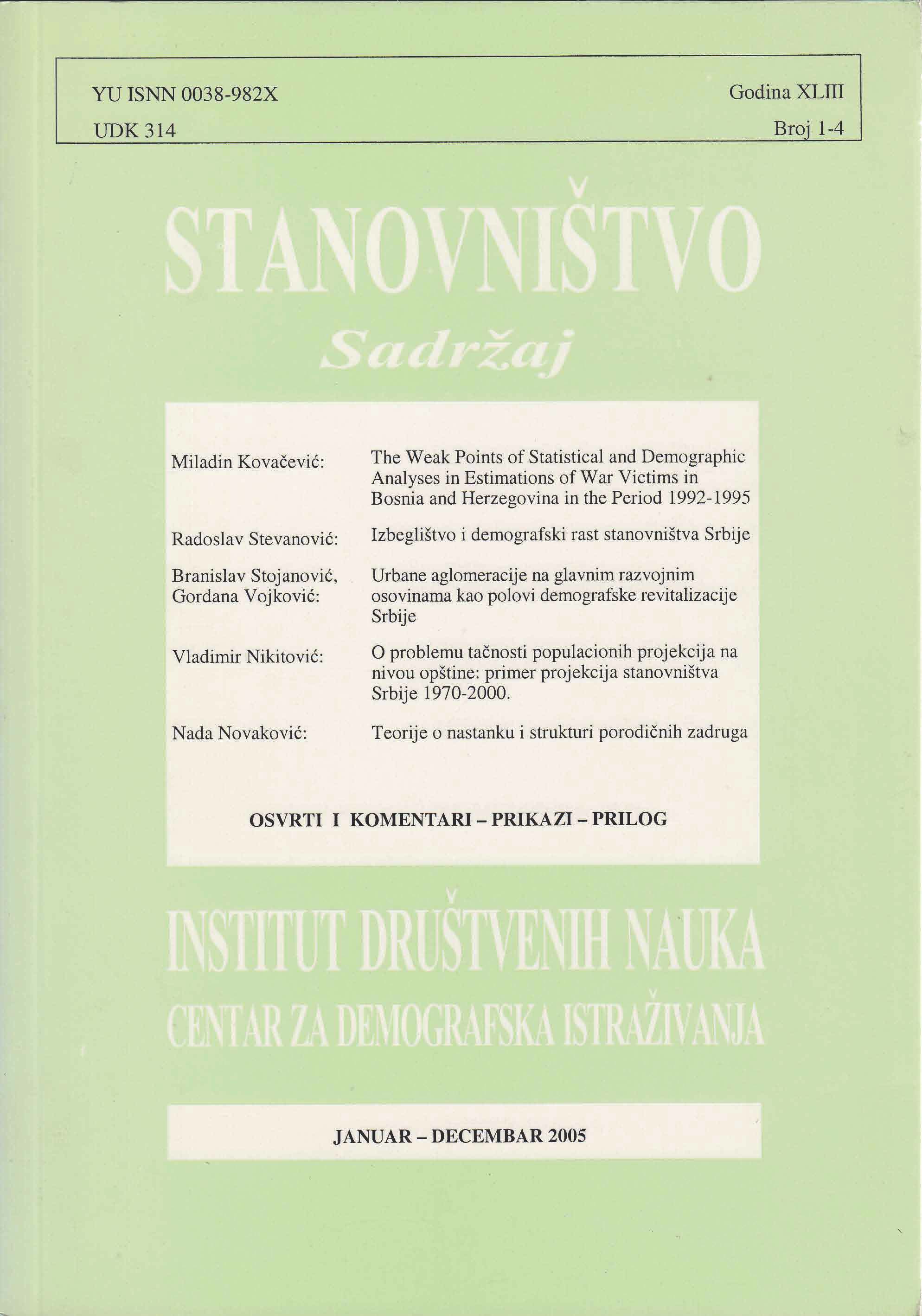