The 2011 Census in the Republic of Serbia introduced, for the first time questions about difficulties in functioning, following the Recommendations from the Washington Group on Disability Statistics. Since there are no stable and continuous sources on the position of persons with disabilities in Serbia, the Census results may be used as a relevant source on disability measurement. Of course, due to the main goal of census disability measurement, and that is a general identification of disability in population, these results should be employed with certain reservations and carefully, especially because of some methodo-logical specification in approaching disability.

The main use of census data on disability should be found in evaluating the "equality of opportunity" in relevant areas, such as economic activity (labour and employment), eduaction, living sources, etc. and this is to be achieved mainly through comparison between the values in the general population and population with disabilities.

An even more obvious inequality of opportunity is present in the area of economic activity, where the prevalence of inactive persons with disability is very high – almost 90%. Having gone through all the age categories, what becomes abvious is a significantly lower activity among all age groups in comparison to the same groups in general population.

However, the main goal of this article was to detect the discrapancies existing between the position of persons with disabilities that live in the community and those living in institutional settings – institutions for collective housing. In both areas of education and economic activity, the results tell us very much about a much more problematic status of those living in residential settings. Overall, the access to education is much lower with residents, making an even more negative picture about this smaller group of persons with disabilities in Serbia.

In the area of economic activity, the percentage of economically active persons with disabilities in residential settings does not climb to one percent (0.30% excluding the homes for adults and the elderly), which is indeed a worrying situation.

Having in mind well known facts on the effects of institutionalization of persons with disabilities in terms of almost all their rights and freedoms, the results that we have encountered are to confirm a negative status of those living in residential settings. Experiences of discrimination, marginalization, segregation and exclusion are evident in the census results. Even if one tries to focus only on analyzing the equality of opportunity in the given context, in comparison with the general population, or even only with the contingent of persons with disabilities out of the residential settings, those living in institutions in Serbia are seriously suffering from lack of access to education, training, labour market and other important areas of life and social functioning.

In addition, a potentially relevant insight has been made into the correlation of the type of problem and the status within economic activity and education of persons with disabilities in Serbia. The results confirm that those persons identified through census questions that aim at detecting problems of mental health (intellectual and psycho-social disability) are in the least favourable position in both of the observed areas. Such conclusions should also be connected to a specifically problematic social inclusion and acceptance of those with mental health problems and the extremely high burden of social stigma towards them, combined with the long-going practice of exclusion and discrimination (legal capacity, education, employability, etc.).

MADANS, J., M. LOEB, B. ALTMAN (2011). "Measuring disability and monitoring the UN Convention on the right of persons with disabilities: the work of the Washington Group on Disability Statistics". BMC Public Health, 2011, 11: S4. 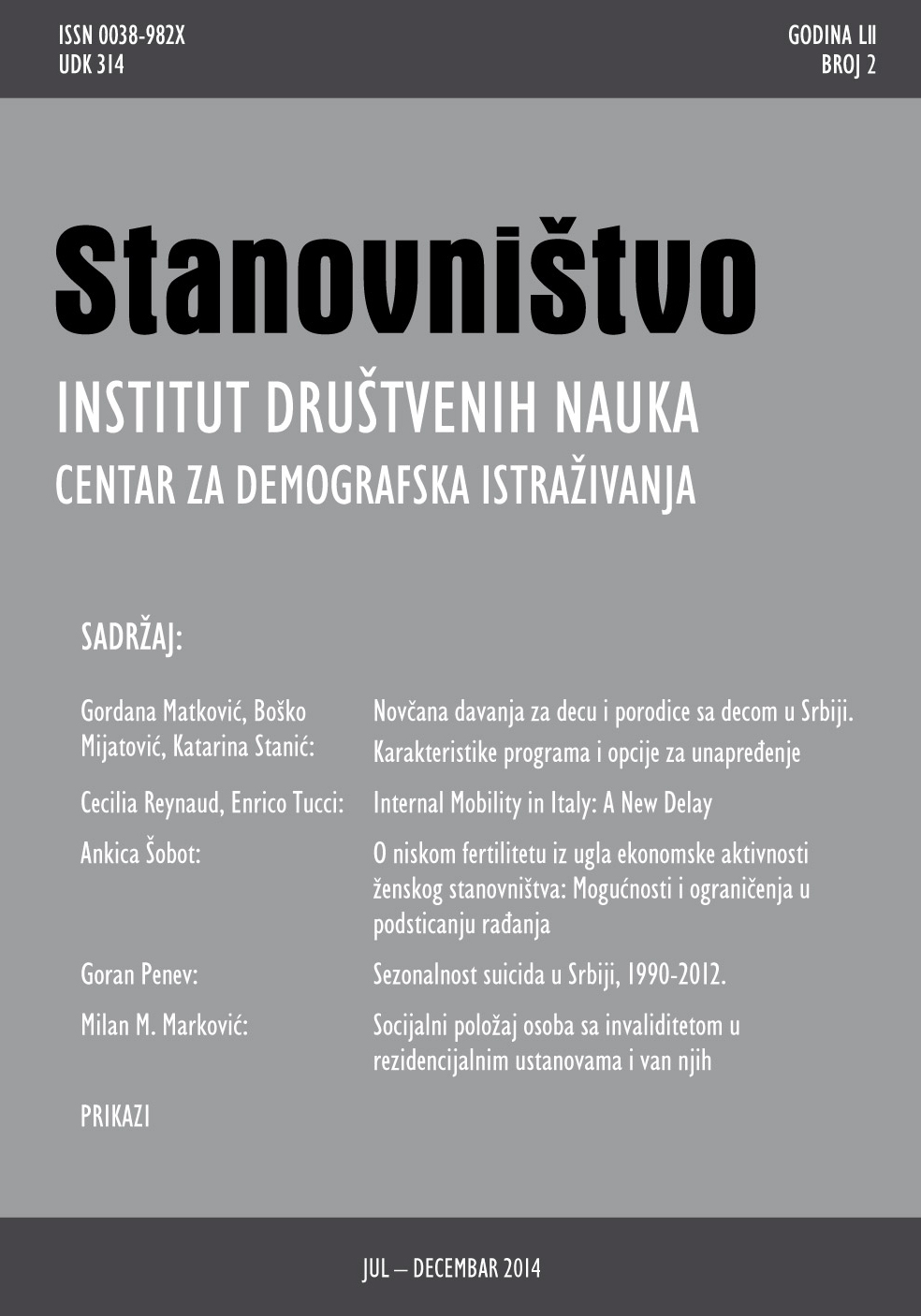